Insider Look: How Home Security Doors and Windows are Made

When you talk to us about your home security door needs, you’ll probably hear us mention Italy a few (dozen) times. We talk about it a lot because that’s where our doors are physically made — at a massive factory in San Martino Buon Albergo, Verona. It’s where all the magic happens.

The artisans who build our products in Italy have decades of experience creating custom security doors and windows that are elegant and inspiring. We guarantee they’re unlike anything you’ve ever seen before. We’re so proud to work with them, we wanted to highlight why we love their work so much — and why we’re sure you’ll love it, too.

Like any other country in the world, Italy has its own unique culture. While the country as we know it today wasn’t established until 1861, various iterations of it have existed for millennia, gaining and losing territory during various wars. However, the Roman Kingdom literally predates recorded history.Some of the most influential artists in history lived and worked in Italy. Surely, you’ve heard of the Renaissance — a cultural movement in which art, science, literature, religion, music, and nearly every other aspect of life completely transformed the way people looked at life in the 16th century. It’s widely agreed upon that the epicenter of the Renaissance was Italy, and more specifically, Tuscany.Perhaps you remember studying Michaelangelo: sculptor of the David statue. Painter of the Sistine Chapel Ceiling. Same goes for Leonardo da Vinci, Raphael and Botticelli. St. Peter’s Basilica was built during the Renaissance period (with help from Michaelangelo).The point is: art, creativity, and innovation are in Italy’s bones. Italians invented the piano as we know it today, along with modern musical notations and batteries. 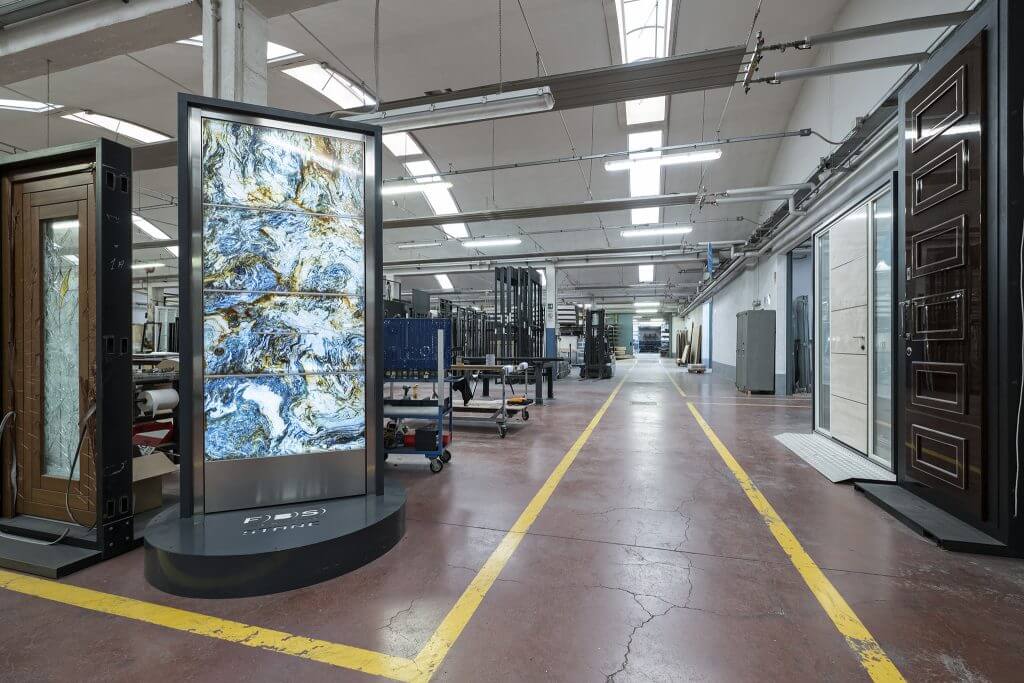 You can’t make products in the U.S. the way they’re made in Italy. You just can’t. That’s not meant to be a negative commentary on American craftsmanship so much as it’s a positive remark about Italy’s craftsmanship. It’s part of Italian culture that they want to work on something special. It’s difficult for Americans to even grasp what some of this really means because our country has only existed for a couple hundred years and the things we’ve built here are much different than the things built in Europe for that very reason. Europe is a different animal altogether. There are buildings there that have been standing for centuries. In the U.S., we tend to make things a bit more disposable than that. If a building falls into disrepair in the U.S., we’re likely to tear it down and start over than try to preserve whatever we can from the old building. In many cases, it’s actually cheaper to do it that way (which let’s face it: is a major factor). As a culture, we like “new” things, and that’s not necessarily “bad,” but it’s different from the way Italian culture looks at objects. But Americans are innovative, too. We’ve made plenty of life-altering contributions to the world — airplanes, the electric furnace, cars (running on unleaded and diesel fuel, and then electricity), the assembly line, submarines, x-ray machines. We put a man on the moon! We’ve done a lot of amazing things in our short history. But still, we couldn’t make things the same way they do in Italy — just like they couldn’t make things the same way we do. What makes our arrangement so unique is that we’re combining the old world, handmade craftsmanship of Italy with the cutting-edge technology we’re inventing in the U.S.

Why We Make Home Security Doors in Italy

In the United States, we have door size standards — it’s how we streamlined this process (this goes back to Henry Ford and the assembly line). Single exterior doors are 81 inches tall and 36 inches wide (81×36). Interior doors are roughly the same, but slightly narrower at 81×32. If you walk into a big box store to purchase a door, this is how big they will be. Obviously, they can be other sizes, but this is the set standard. 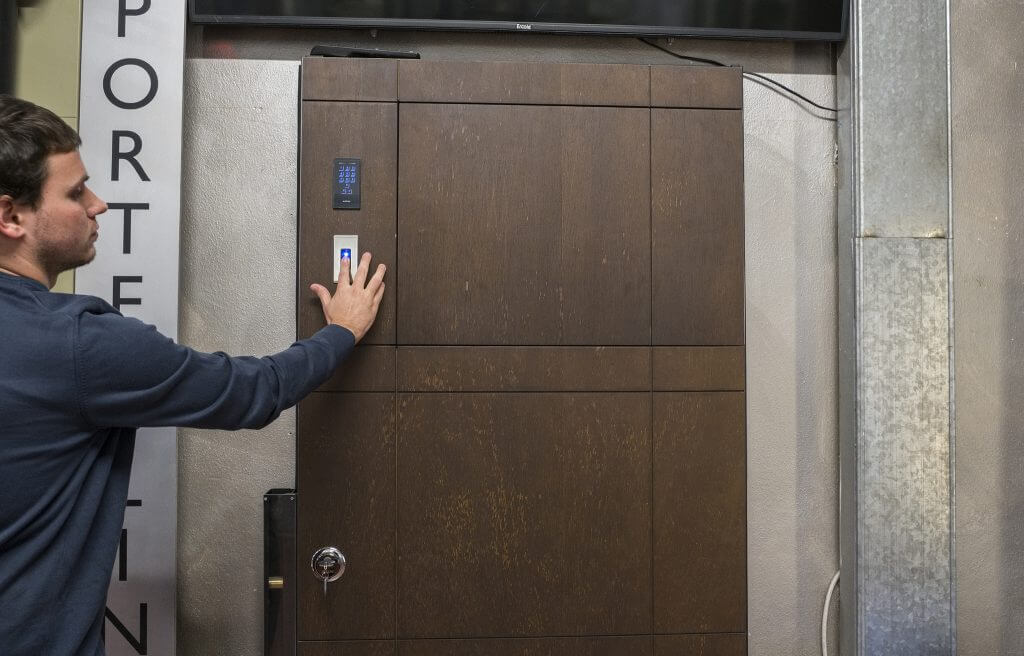 However, that is not the case in Italy. Remember that everything is very old there — nothing is standard. There is no such thing as a standard door. Every door is custom made to fit that specific opening. It’s sort of like looking at century homes in the U.S. — bathrooms are smaller, the floors aren’t level, the ceilings are lower — cases like these require custom jobs.The Italians at the factory are used to custom jobs and they’re very good at it. So instead of building a factory in the U.S. and sacrificing the skill of the artisans who have been doing this their whole lives, we chose to bring the work to them. They have the ideal mentality to make custom security doors and they’ve perfected the art of it. We don’t need to reinvent the wheel. No matter how much time has passed, the overall process for building custom security doors has been the same: everything is made by hand, there are no visible screws in the door (because the steel is one solid, custom piece — even the frame), and everything fits together perfectly, just like a puzzle.The Italians don’t want to do anything fast if it means the quality will suffer. They’d rather take extra time — even at the expense of the client’s deadline — to make sure that the product is exactly what they said it could be. It’s more important to them that the client is completely satisfied with the door or window they ordered. They might take 8 weeks to build a custom security door instead of 6 weeks, but when they’re finished with it, it will look like it took a full year. That is why we make our security doors and windows with these artisans in Italy instead of starting over with a new factory and new workers in the U.S. Trust us when we say you will not be disappointed, and they’ll be worth the wait. 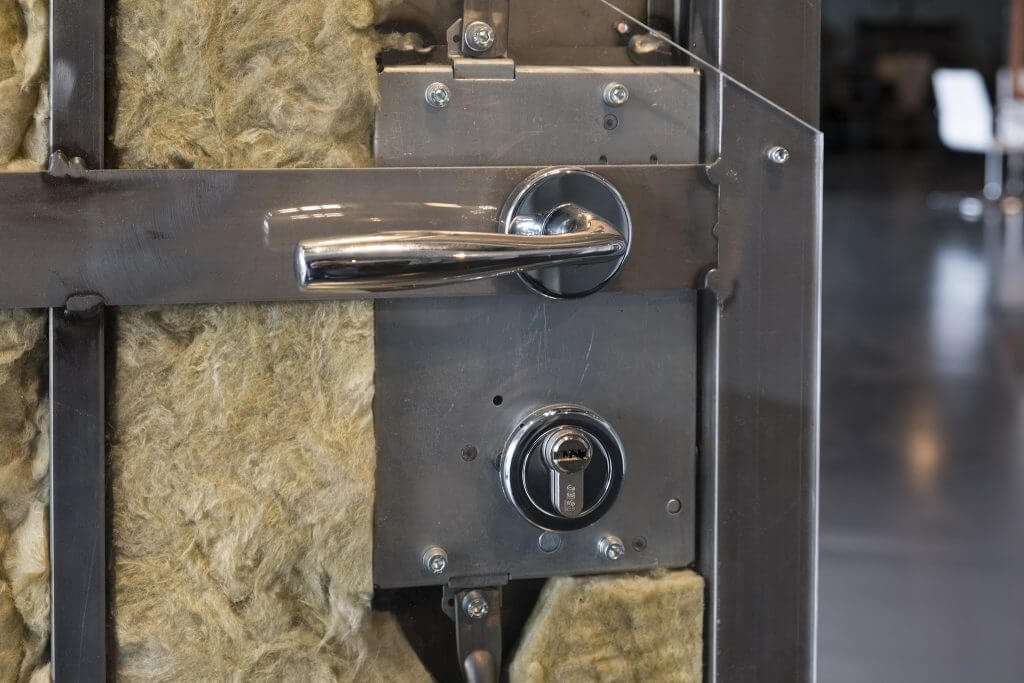 Americans are constantly looking for the next great thing. We push ourselves to create bigger, better, cheaper, lighter, faster products in every facet of production. And because we want fancy, shiny new things, we can challenge the Italian artisans to create things they may not have dreamed of before — that they might not have had the opportunity to create before. It’s this kind of dedication to craftsmanship that attracts clients from all over the world. Doors and windows hand-crafted in the Italian factory have been installed in homes across the globe. It’s true that the U.S. is the largest market, but we can attest to the global reach, as we’ve assisted interior designers and architects in multiple countries — and that doesn’t include the other global branches of the company.

A major part of the reason the Italians have been so successful in this venture is that they have a mentality that we don’t often see anymore: Don’t let it roll until it’s perfect.In a world where we see mobile app rollouts happening when there are still lots of bugs, operating system updates that cause all kinds of problems, and products that break after one use, this mentality is not only rare, but crucial.Our clientele will not accept anything less than perfect — and they shouldn’t have to. They’re not walking into a big box store and buying something 50 other people have purchased that week. They’re buying a custom door or window for their luxury home. There is no room for error. The piece needs to be perfect before it leaves the factory, and the artisans make sure of it. 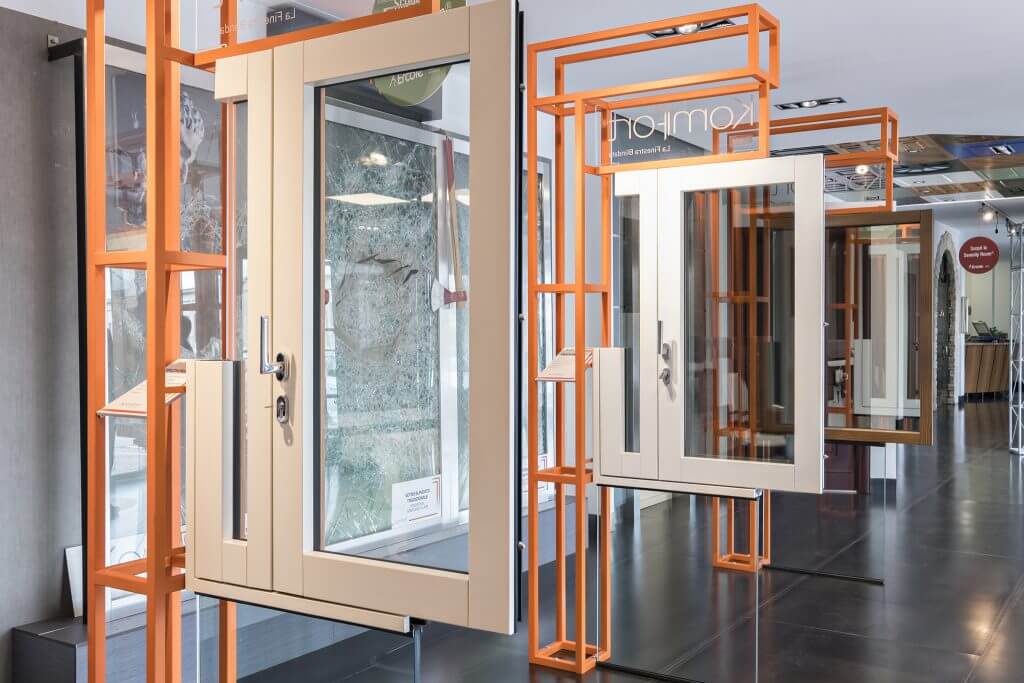 Before anything is shipped to its final destination, the product is rigorously tested. Short of trying to break them or set them on fire, we test every single feature. Home security windows are opened, closed, locked, unlocked, and jimmied so we can ensure everything is in proper working order.Our custom security doors are temporarily installed in a wall so people can put them through the ringer. We test the hinges, automatic closing mechanisms, locks, biometric security measures, any special features that have been added (like hidden compartments!), and triple check that everything you expect to see on your door is exactly what you’re getting. We take quality very seriously — even if it means taking a couple extra days to finish testing. Whether you’re building or remodeling your luxury home, there are a million things that can go wrong, and we don’t want our doors or windows to be one of the reasons for your move-in delay. We don’t roll until it’s perfect because that’s what you deserve.We’re also very proud to offer unparalleled Platinum Level Service after our doors and windows have been installed in your home. Give us a call or send us a message through our website to learn more about our products. Feel free to book a tour of one of our showrooms so you can see the doors and windows for yourself, or check out the galleries on our doors and windows pages. Security is an art, and our artisans have perfected it.

FBS SERVICES OUR CLIENTS ANYWHERE IN
THE WORLD

Like what you're reading? We can send you an update via e-mail when a new article is posted! 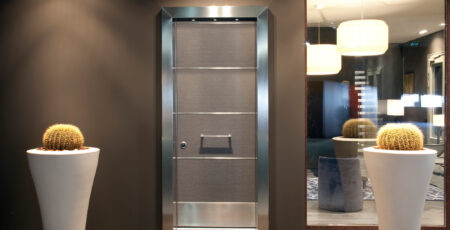 Making Security Door Installation a Breeze with the Perfect Frame™

There are a number of factors that go into security door installation. They’re similar to the ones you’ll encounter with every door installation, but our doors are unlike any other kind of doors you’ve ever seen, which complicates things. In the past, our clients have become frustrated with this aspect of our business, so we’ve been looking for ways to improve installation. Of course, having clients literally all over the world makes this prospect more difficult.
Read More 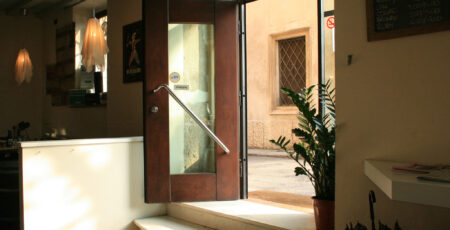 Why Your DIY Safe Room Won’t Keep You Safe

When you’re searching for ways to keep yourself, your loved ones, and your home secure, it can be easy to fall down the rabbit hole of DIY safe room tutorials. It’s a tempting topic. The idea that you can use your own two hands and some easily-available materials to enhance your security (and peace of mind) is certainly alluring.
Read More 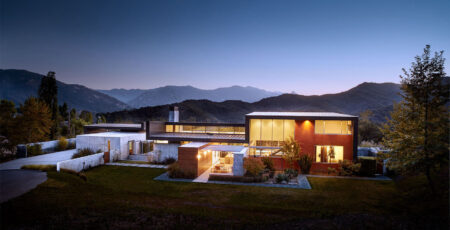 The FBS Way: Getting Security Doors and Windows Done Right

At FBS, we do things a bit differently. Or at least — different from a lot of U.S. companies. In the United States, the mentality is generally to get everything done as quickly as possible so we can move on to the next project to make more money.
Read More
View all Articles

Simply fill out the form below and a knowledgable representative will contact you as soon as possible to answer any questions you may have.
FBS is synonymous with strength, security and harmonious design. The artisan approach of the company, its production flexibility, the use of top quality raw materials, and application of the latest technology has earned FBS products a position at the top of the security sector.
More About The Company About Our Process

SEND MY FAVORITES VIA EMAIL