Because the word “ballistic” is in our name, people often call us to inquire about turning their home into a bulletproof fortress. In times of uncertainty or high stress, people become more aware of inherent danger around them. (For the record, we can make your home bulletproof, if that’s what you want or need.)

The thing is, when people who are concerned about their safety — and more importantly, the safety of their family — hear the words “bulletproof windows,” they typically love the idea. Before they know any details or realize the architectural or financial implications, they want bulletproof windows. It sounds like ballistic windows will make your luxury home the safest place you could be — not even an AK-47 can break our top of the line windows.

The question they don’t ask themselves (and as a result, we ask it for them) is whether or not they actually need bulletproof windows.

Let’s talk about what goes into ballistic window construction, how much they cost, the architectural tie in, and whether or not you actually need them.

How Are Ballistic Windows Made?

One of the things we often have to clarify for our clients is that each type of window we create — hurricane, security, and ballistic — are different, and not necessarily designed or intended to serve any other purpose.

For example, hurricane windows are designed to keep water out, stay intact under high wind pressure, and withstand a two-by-four (2×4) beam being launched at it a couple times. Obviously, this is to simulate hurricane conditions, which are not the same as the conditions created by bullets or people trying to break into your home. 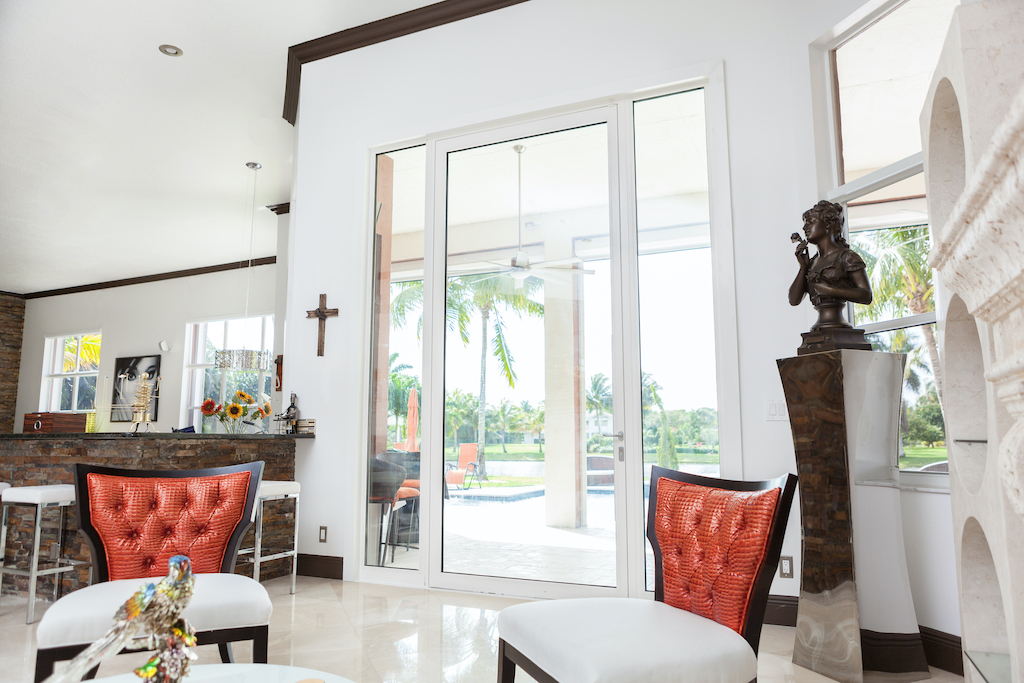 From here, protection levels are typically about glass thickness. The polycarbonate layer doesn’t change much from, but the number of glass layers has to increase. With a combination of glass layers, PVB, and polycarbonate, we can make windows that stop rounds from large handguns as well as rifles.

However, the higher the caliber of weaponry you’d like protection against, the thicker and heavier the window gets, in part due to physical mass, and also because the frame has to be thicker to accommodate the weight. Some of our windows weigh as much as 20 pounds per square foot. (As a note to the interior designers, the frames will not affect your design because they can be covered in any way you wish.)

How Much Do Bulletproof Windows Cost?

Ballistic windows are — in a word — expensive. As we just discussed, there’s a lot that goes into creating a window that will stop a bullet, and the larger or faster the bullet, the more reinforcements are necessary. There will be layers of glass (with increasing thickness as the caliber of the weapon increases), and larger, thicker frames.

Our bulletproof windows start off at about $480 per square foot. We’re fully aware that this is a lot of money, even by luxury home standards. However, if that’s the level of protection you and your family require, it will be worth every penny.

Rest assured that our ballistic windows have been extensively tested and will do exactly what we say they will. But if you’re not certain you actually need this level of protection, we have options that will keep intruders out of your home at a more reasonable price. Step one is determining if you actually need bulletproof windows in your luxury home.

Are Ballistic Windows Right for Your Luxury Home?

Something you must consider when you’re choosing windows for your home is the level of danger you’re in. Some people have been threatened with physical violence and others work in very dangerous fields — perhaps those people are more concerned about bad guys with guns trying to shoot out their windows. It’s not unheard of, but it’s not as likely as every action movie would lead us to believe.

Most people are more concerned with someone breaking into their home to steal something, and a good portion of the time, this is how homeowners are injured during home invasions. What often happens is that people breaking into the home think the house is empty and then the homeowner surprises them, which can bring about a violent reaction, shooting if they have a gun, or swinging at them with a blunt object. 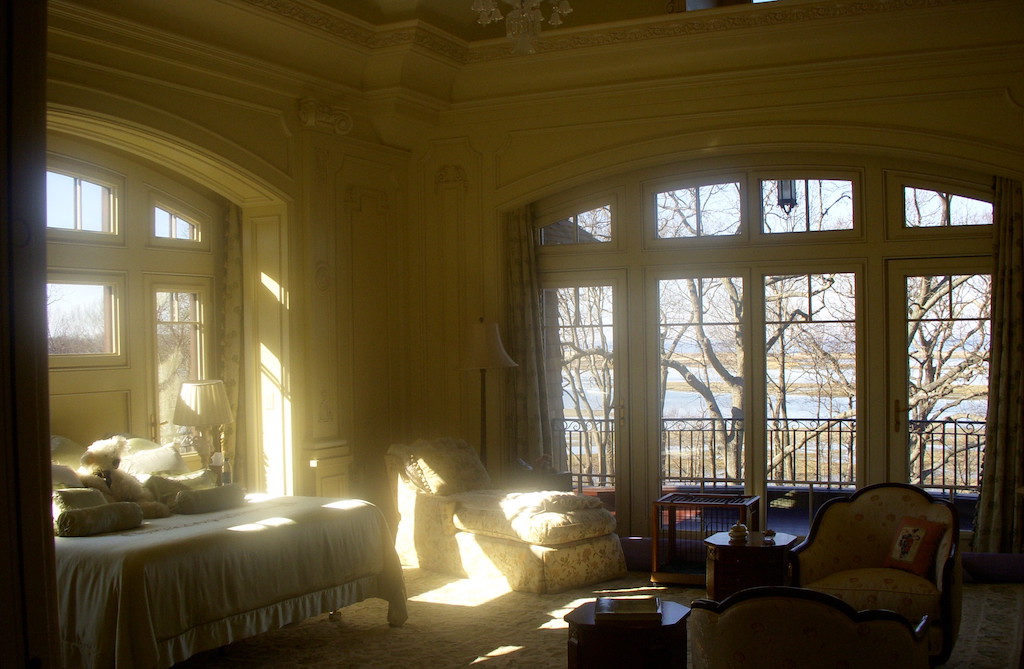 But rarely is it the case that a person would shoot through the windows of someone’s home, even if they have malicious intent for the homeowner. People who are doing something illegal (especially when that illegal something is a felony), they want to stay under the radar. They want to get in and out without attracting necessary attention. It should go without saying that shooting out a window would draw attention.

First of all, gunfire is an alarming sound. People familiar with the sound might not flinch as badly, but it will still get their attention. People who aren’t familiar with it are likely to look around for the source of it.

Second, if someone does shoot out a window and attempt to gain entry to the house in that manner, they’re now dealing with broken glass — sharp, jagged, broken glass that can cut them. Broken glass not only risks injury to the criminal, but increases the chances that they’ll leave behind DNA evidence that they were there.

Furthermore, the more obvious damage done to the home, the more evidence they’re leaving behind, in general. All damage creates the potential for a mistake, which is often what leads to arrests.

There are exceptions, but we find that the vast majority of our clients don’t actually need ballistic windows. What they need are windows that will keep people out of their home.

Why Security Windows Are a Better Option

For most of our clients, security windows are more than sufficient for their needs. They’re looking to stop potential intruders or people with malicious intent approaching their homes. What’s most important in both of these scenarios is a strong lock and frame.

As we already said, it’s unlikely that someone will try to break a window in order to get into your house. They’re looking for a quick and easy way in. They’ll check for unlocked doors or windows first. If that fails, they might try to pick a lock (it’s easier than you think) or simply pop the window and the frame right out. Again, this is easier than you might think — really, you just need a crowbar. Someone with experience breaking into people’s homes (especially if they’re motivated) would have little trouble accomplishing this task.

Generally speaking — and especially for the more experienced home invaders — popping out a window is quieter than breaking the glass. And of course, they’re less likely to injure themselves. 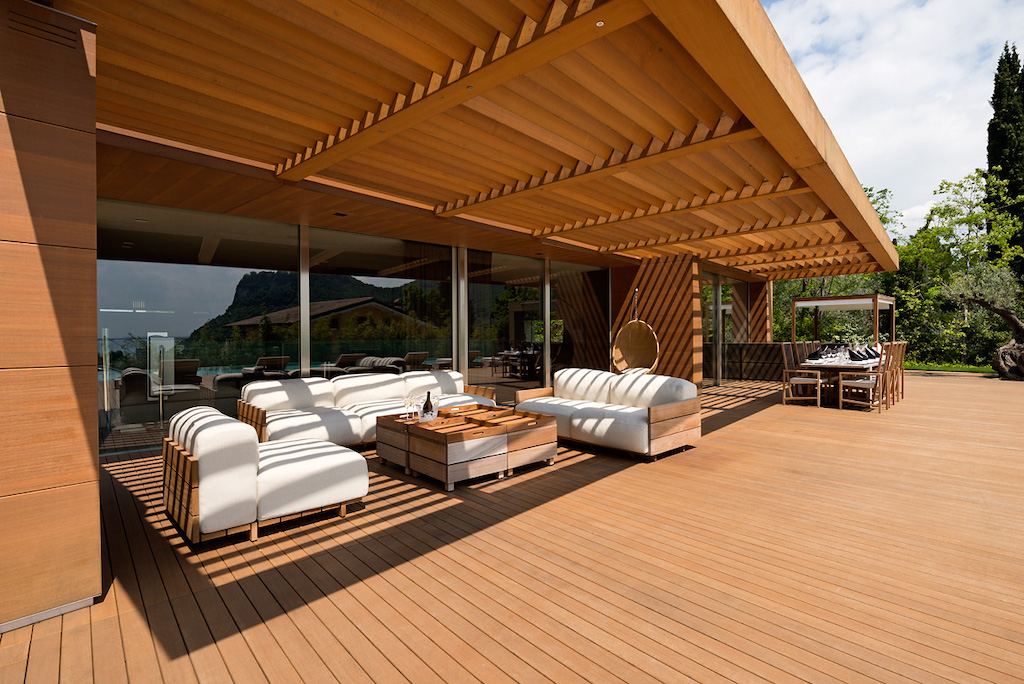 The most important thing to remember when choosing between security and ballistic protection in your windows is how credible, viable, and close the threats are. Are you, or a member of your family, being threatened currently, or have been threatened in the past? Have you, or a member of your family, previously survived a violent crime? Have people already tried to break into your home? If so, what was the method in which they tried to gain entry, and did that person have firearms on them?

If you have trouble sleeping and are looking for a better night’s rest, we can help you with that — but bulletproof windows might be more like crushing a spider with a flamethrower instead of your shoe. You may be able to accomplish your security and rest goals through a security door and security windows, which will start at a more reasonable price point.

FBS security windows start off at about $306 per square foot — a substantial decrease from ballistic windows. While we typically steer our clients toward this level of security, it truly does depend on your own situation and requirements. We’ll work with your security team to determine what they feel is necessary (but more on that later).

Something else to keep in mind when you’re choosing windows for your luxury home is how they interface with any alarm system you may have installed (or are planning to install).

In many cases, alarm systems are triggered to go off when a window breaks, but as we’ve already discussed, that’s not any home invader’s first choice of entry. Oftentimes, the sensors that detect when the window is opened will only work with sliders that go up and down, as opposed to the French-style opening, which is how FBS windows are made.

Furthermore, the alarm is extremely unlikely to go off if the window is popped out. It all depends on how the system works, so it’s important that the homeowner understand what they’re buying before it’s installed.

While we’re not huge fans of alarm systems, we fully recognize that many people like having them — including our own clients. We’re not opposed to having cameras and alarms in place, but we want people to know what triggers the alarm and what does not.

The other important factor in deciding which windows to replace in a person’s luxury home are the locations of the openings. Clients often tell us that they want to upgrade their windows to ballistic or security, and assume they have to replace every single one. Depending on your home, you may not have to.

Do you really need to install security windows on the third floor of your home when it would take a lot of effort and planning to break into the house that way? Again, people looking to gain entry to a home are likely looking for the path of least resistance — open windows, unlocked doors — and they’re very frequently on the first floor, or perhaps the second floor if the window is easily accessed via tree or a lower part of the roof. 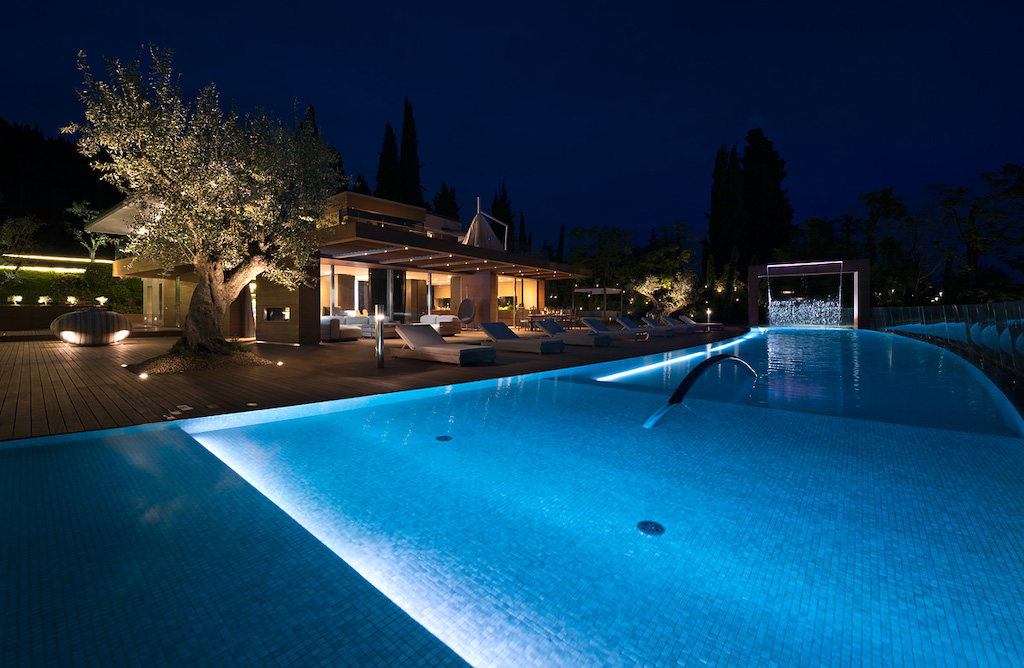 When we interface with clients, we perform a comprehensive security assessment, which involves an analysis of home in which work is to be performed. We can help identify which entry points are the most vulnerable, and which ones should be the top priority for replacement.

We value integrity and will not simply recommend you replace every single window and door in your home — that strategy doesn’t necessarily help you, and it certainly doesn’t help us. We will make recommendations based upon your concerns, your safety and security needs, and the threat level.

Despite our Boca Raton headquarters, our doors and windows are made in Italy and ship worldwide. No matter where your luxury home is located, we can deliver your custom security doors and windows straight to you.

We’ll be present at the time of installation to make sure that everything is done properly and show your house manager how it all works — but our interfaces are so intuitive, you shouldn’t need any tutorials. If you’re ready to discuss your luxury home door or window needs, feel free to contact us today!

Luxury Home Security: Where to Find the Experts

Double Doors Don't Have to Be Less Secure

Do I Need Wrought Iron on My Security Doors and Windows?

Cost of Windows: Why Are They So Expensive?

Simply fill out the form below and a knowledgable representative will contact you as soon as
possible to answer any questions you may have.

FBS is synonymous with strength, security and harmonious design. The artisan approach of the company, its production flexibility, the use of top quality raw materials, and application of the latest technology has earned FBS products a position at the top of the security sector.

MORE ABOUT THE COMPANYABOUT OUR PROCESS

Luxury Home Security: Where to Find the Experts

Double Doors Don't Have to Be Less Secure

Do I Need Wrought Iron on My Security Doors and Windows?

Cost of Windows: Why Are They So Expensive?

At A Showroom Near You